Leaner, Cleaner, and Greener – How a Novel Algorithm to Compute Faith’s Phylogenetic Diversity Saves Time, Resources, and the Environment

The explosion of microbiome data available in recent years has enabled rapid advancements in the scope of research, yet it has also introduced myriad challenges. This is especially true for metrics that relate to phylogenetic diversity and relatedness, as the computational cost of calculation is dependent on the size of the phylogenetic tree and underlying sample database.

One such popular metric is Faith’s phylogenetic diversity, which has been noted as particularly sensitive in distinguishing disease factors in the human digestive system. As microbiome research continues to increasingly focus on applied problems in the realm of human health, the demand for these computationally expensive calculations has expanded accordingly.

Driven by the need to more efficiently compute diversity present in massive datasets, a group of researchers led by George W. Armstrong from the Center for Microbiome Innovation (CMI) at the University of California San Diego (UC San Diego), Niina Haiminen at the IBM Thomas J. Watson Research Center, and Anna Paola Carrieri at IBM Research Europe collaborated on a new algorithm and implementation to calculate Faith’s phylogenetic diversity. Dubbed Stacked Faith’s Phylogenetic Diversity (SFPhD), the work was published in the November issue of Genome Research in an article entitled “Efficient computation of Faith’s phylogenetic diversity with applications in characterizing microbiomes.”

“Microbiome data of unprecedented size is being produced with an increasing rate, and scalable computational methods for its analysis are direly needed,” Haiminen said while discussing the project’s origins. “Designing a method to efficiently compute a commonly used key diversity metric, Faith’s Phylogenetic Diversity, is helping to address this critical need.”

Development of Stacked Faith’s Phylogenetic Diversity was facilitated by the Artificial Intelligence for Healthy Living Center (AIHL), a collaborative endeavor between CMI and the IBM Research AI Horizons Network. The new algorithm is another exciting achievement from the AIHL team, joining recent studies on metagenomic profilers and feature selection methods and the release of EMPress in the list of advancements to the world of microbiome research.

While discussing the algorithm’s impact, Carrieri commented, “Once the new algorithm and implementation was ideated, the main challenge we faced was to clearly explain, for example with drawing, figures and text, the main steps and data structures used by our new algorithm, so that its complexity, computational efficiency, and impact was clearly delivered, and therefore appreciated, to a microbiome research audience.”

To overcome the challenges of sparsity and heterogeneity in modern ‘omics datasets, SFPhD uses a sparse matrix implementation for storing information, an efficient tree structure, and partial aggregation of metric constituents. With all of these improvements in place, the algorithm outperforms prior implementations by a wide margin.

“A calculation that used to require a supercomputer can now be run on an ordinary laptop,” Armstrong observed. “For example, on all of the data in Qiita, we projected 19 CPU hours and three terabytes of memory required. With the new algorithm, we reduced that to one CPU hour and three gigabytes of memory.”

Due to the optimizations in both processing time and memory usage, the algorithm has a significantly lower environmental impact than existing implementations. The team estimates an over-300-fold reduction in carbon footprint based on Green Algorithms.

While the improved computational efficiency is an achievement in and of itself, it also enables increased usage of Faith’s phylogenetic diversity in metagenomic sequencing, which was previously under-explored due to technical limitations. The research group touched on these possibilities by reanalyzing stool samples from the FINRISK study and discovered that Faith’s PD provided improved statistical power over observed features.

Furthermore, the underlying implementation is not tied to any particular molecular technology. The team envisions potential applications in conservation prioritization, nutrition, and metabolomics research.

The Center for Microbiome Innovation is proud to include Mohit Jain as a faculty member, as well as Austin D. Swafford and Rob Knight on its leadership team. 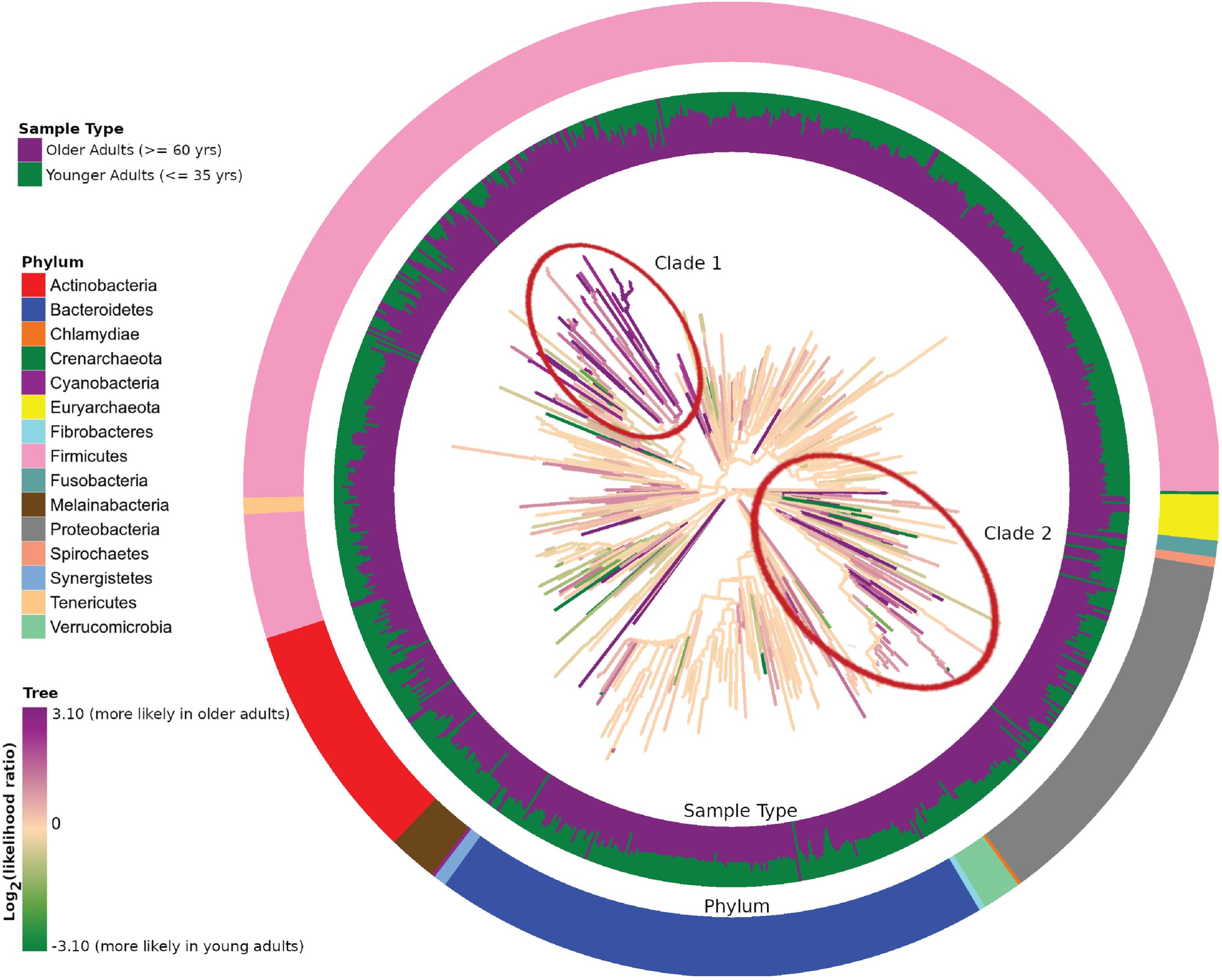 The Sum Exceeds Its Parts – Overall Dietary Patterns Have a Greater Influence on Microbiome Composition than Individual Foods
November 30, 2021

E-mail
Go to Top
We use cookies on our website to give you the most relevant experience by remembering your preferences and repeat visits. By clicking “Accept”, you consent to the use of ALL the cookies.
Cookie settingsACCEPT
Manage consent

This website uses cookies to improve your experience while you navigate through the website. Out of these, the cookies that are categorized as necessary are stored on your browser as they are essential for the working of basic functionalities of the website. We also use third-party cookies that help us analyze and understand how you use this website. These cookies will be stored in your browser only with your consent.

Necessary Always Enabled
Necessary cookies are absolutely essential for the website to function properly. These cookies ensure basic functionalities and security features of the website, anonymously.
Functional
Functional cookies help to perform certain functionalities like sharing the content of the website on social media platforms, collect feedbacks, and other third-party features.
Performance
Performance cookies are used to understand and analyze the key performance indexes of the website which helps in delivering a better user experience for the visitors.
Analytics
Analytical cookies are used to understand how visitors interact with the website. These cookies help provide information on metrics the number of visitors, bounce rate, traffic source, etc.
Advertisement
Advertisement cookies are used to provide visitors with relevant ads and marketing campaigns. These cookies track visitors across websites and collect information to provide customized ads.
Others
Other uncategorized cookies are those that are being analyzed and have not been classified into a category as yet.
SAVE & ACCEPT
Powered by